Carole P. Roman writes quite a variety of children’s books. From books about people and places to chapter books and character building books, there is sure to be a book that piques your reader’s interest. For the purpose of this review, we received the following

We personally own almost all of Mrs. Roman’s country series (A Child’s Intruduction to Cultures Around the World), most of her civilizations series, and several of her other titles. We always enjoy reading what she writes, as she writes in a down-to-earth style that imparts tons of knowledge while engaging the reader at a level where they just absorb the information. Her books are always a pleasure to read and share together. 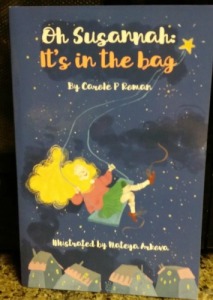 Oh Susannah: It’s in the Bag

This is an early chapter book, the first of two in the series. It features Susannah, a young 3rd grade girl who is just struggling. When something goes wrong with remembering homework, she doesn’t want to bother her parents with it because they seem to be having a really hard time. So she just stuff the paper in her backpack/bag and tries to forget about it. For breakfast, her mom is running late and so she gives Susannah a banana, her least favorite food. Susannah doesn’t eat it but instead stuffs it in her bag. One thing after another seems to be against Susannah having a good day and each time, rather than dealing with whatever it is, Susannah stuffs the reminder of it in her bag. Finally, everything comes to head and comes out of the bag. What a wake up call.

This was a good reminder for all of us that it isn’t a good idea to make assumptions or to bottle things up. We have to face problems and issues head on, dealing with them in a forth-right manner.

If You Were Me and Lived On…

This is a series of historical books that take the readers to different civilizations and cultures throughout the earth, history, or in one case, space. Mrs. Roman brings this series to life with imagination for learning about these new people and places.

Each book in the series places the reader in the role of a child in the culture/civilization being explored. Whether you are in the role of a boy or girl, Mrs. Roman gives examples of the types of names that might be given and that are typical of that people. The books explore dwellings, languages, clothing, jobs, social structures and status, beliefs, and more. Throughout, there are names that may not be familiar or easy for the reader and Mrs. Roman gives a helpful pronunciation for these. Each book also has a glossary at the back of the book. Some of the books have lists of famous people from that culture/civilization and perhaps a list of important contributions they have made.

If You Were Me and Lived On…Mars

While not a culture, this 43 page book is a fun look at what life on Mars might be like for a child going along with his or her scientist parents. We visit this planet through the eyes of a ten year old. We see the years of preparation that must be endured for the three year expedition.

After they land on Mars, we learn about where they live and what food the scientists try to grow. We visit important features of the landscape on the planet, as well as learn about the rotation and orbit. We learn about the moons, where the names came from, and more. We learn that the temperature and air cannot support life. 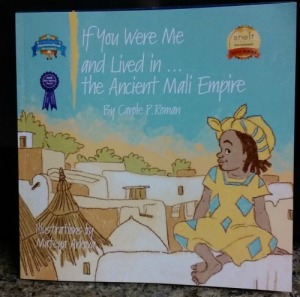 If You Were Me and Lived In… the Ancient Mali Empire

The beginning of this book shows the reader where the Ancient Mali Empire would have been located and gives us some of the geography of the region. We begin the journey through the eyes of a young girl in the 1300s. Learning about the city  and the buildings of the empire, we experience a different world. They lived in round houses of mud with grass domed roofs.

We learn that Mali was in a desert-like region, though close to the Niger River. There were many cities in this civilization and they all worked together. The government and jobs were somewhat intertwined in this culture. The young girl’s father is a general in the army and through this, we learn much about the military and weapons of the Mali Empire.

Boys and girls were considered completely different in this society and their roles reflected this. Boys grow into their roles in society, going to school to learn. They have a ceremony to mark their growth, become apprentices, and then become men. Men in this civilization wore tunics and baggy pants. Girls also grew into their roles, though they were only educated at home. At 12 or 13, they were expected to be married and know how to care for the house and family! Women wore a pagne (wrap around skirt), tunics, and headdresses. They also wore jewelry.

Food was also interesting for this group. From various grains to fish to fruit, there was a lot of food for a desert-like place.

There were several pages of famous people from Mali. These included Mansa Musa (ruler), his wife, his mother, architects, kings, commanders, scholars, and more. This 77 page book is so packed full of information that I have just barely touched on it all here! 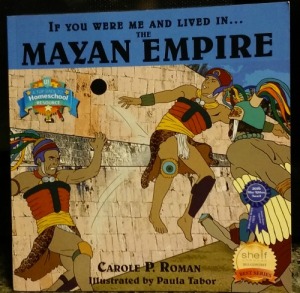 If You Were Me and Lived In… the Mayan Empire

The Mayan Empire fit perfectly in with the middle giggly girl’s current study of the Maya people. Needless to say, when it arrived on our doorstep, it was scooped up and read immediately.

The Mayan Empire is another ancient civilization in this series. The Maya lived in large cities, had trade routes, and flourishing trade. They had a hierarchy in their society and you could not move up or down within it. The family unit was important and they lived in close proximity to one another. The Maya homes were raised, had wooden floors, and whitewashed walls. There was little in the way of furniture and a fire inside for cooking and warmth.

Corn was probably the most important food item and was eaten at every meal. The Maya prized heads shaped certain ways, jewelry, colorful tatoos, and crossed-eyes. Creating these things was a large part of the society.

Covering much of the current-day Central America, the Maya were a very influential civilization. Mrs. Roman includes these influences. The Maya created a written language and authored paper books. The created a numerical system and discovered the concept of zero. There were a number of other mathematical contribution, as well as calendars, textiles, and more. 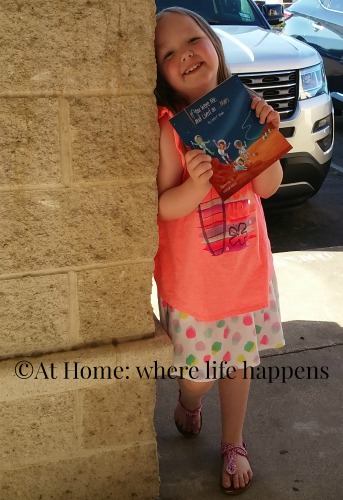 I really enjoy the books that Carole P. Roman writes that emphasize culture, country, and civilization. There is so much to learn and she packages it neatly in a story that children enjoy reading. These books have made a core for many studies we have done.

One thing I noticed this time, and it did sort of bother me, was that there are many typographical errors in important places and names. I noticed several in these books. Errors such as this don’t generally bother me because we are all human and mistakes are easy to make. The ones I noticed here, however, were important to each civilization. An example: Olympus Mons (Mars book) is listed without the s in the text but both the pronunciation and the glossary have an s on the end of Mons. Perhaps these can be fixed in the next editions.

These are a high quality product that will last a long time, with good information that will hold true for a long time. These are highly recommended by our family.