A Pirate Story by Miss L

This post contains affiliate links. If you click through the link and become a member, our family will receive a small commission. 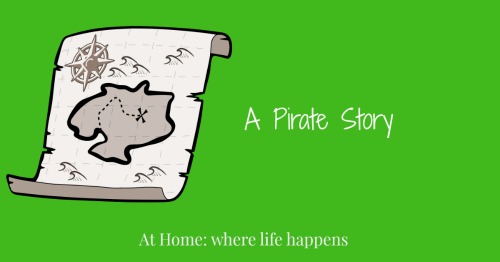 Miss L has been using a program from SchoolhouseTeachers.com titled Elements of Literature. This program is written by Melissa Williamson. The assignment at the end of the first unit had to do with writing a short story. Miss L’s story was wonderful, all about kids and the fun they can have. Enjoy!

Lila Nelson was many things. She was a teenager. She was a student. She was also a babysitter. What she was NOT was a pirate. Until today.

Lila swooshed a foam sword at the little boy and girl in front of her. Ethan and Celia Logner were the kids she was babysitting today. The twins were 6 and had started kindergarten this year. Or at least that’s who they usually were. With their parents gone to a work meeting, they got the afternoon with Lila. So today they were pirates, too.

Ethan was all over, hitting the furniture, banging the pillows, smacking the walls. Lila caught him by the sword just as he was about to attack the piano.

“Why don’t we go get a snack? All this pirate-ing is making me hungry,” she suggested.

Ethan shook his head. “I don’t want a snack. I like pirates. I want to keep playing.”

But when he heard they had juice boxes in the kitchen, he and the other pirates called a truce and left their weapons where they lay. They all went and had some juice and crackers. Afterwards, Ethan wanted to keep playing.

Lila settled Ethan and Celia on the couch and got our her guitar. Together, they sang some songs. But Ethan was feeling . . . creative. “Row, row, row your boat, gently down the stream, ” he sang. “Make my mateys walk the plank cause I’m a pirate mean.”

Celia frowned. “That’s not how it goes.”

They tried to play a board game but it was clear that Ethan had pirates on the mind, considering he kept taking all the dice, cards, and players for his “booty.”

They sat down for crafts. That at least worked. Celia drew a rainbow, a pony, and four flowers. Ethan drew a treasure map. That was fine but when he wanted to follow it? Well, that was the problem.

Lila tried to explain to him that it was getting late and that they couldn’t just go wandering around outside as it was getting darker but the kid wouldn’t listen. “Besides,” she tried to add, “your parents will be here in a couple of hours and you still need to take your bath.”

That was the last straw. As he rolled around screaming on the floor, his sister looked at Lila. “Maybe you should just give him what he wants,” she said. “He’s just gonna get madder.”

Ethan was invited to pilot a pirate ship. With his “double eye patches,” he dove beneath the waves to find treasure under the deep. Granted, it was a small ship. But washed, dried, brushed, and tucked into bed in cozy pajamas, he was having BIG adventures. 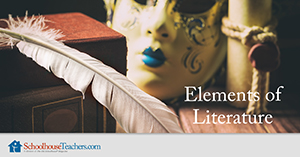 SchoolhouseTeachers.com is full of many wonderful courses and we are so blessed by them. With all levels and all subjects for one price for the whole family, this online resource can be the one thing you need in homeschooling.

10 thoughts on “A Pirate Story by Miss L”