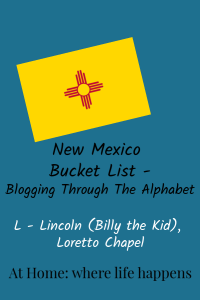 You know the name, right? He was put on trial in Lincoln, NM, which is right around the corner from where I grew up. We drove through all the time. And I have enjoyed the Billy The Kid Pageant every time we have gotten to go. A few years ago, we took the girls.

During the weekend of the pageant, there are the expected vendors and food things. But the neatest part, by far, is the re-enactment of the last escape of Billy the Kid and the Lincoln County War. This war is considered probably the most violent time in NM history, when the cattle barons, cowboys, store owners, and the law were all at odds. The pageant portrays the main figures of the time, including the cowboy Billy the Kid.

The episodes of the pageant are based on historical facts of the notorious Lincoln County War, and in particular its focus is centered upon the best remembered of its fighters, Billy the Kid. The Pageant portrays many scenes to include the killing of John Tunstall which precipitated Billy’s wrathful vengeance, the Battle of Blazer’s Mill in which the courageous “Buckshot Roberts” stood off Billy and his twelve cohorts, the siege of the McSween House, up to Billy’s incarceration in the Lincoln County Courthouse and his remarkable escape. – from the Facebook page for the Billy the Kid Pageant

Lincoln itself is an historical site, with 17 preserved buildings. 7 are open year round and 2 other are open seasonally. The courthouse is a fascinating building to go through and to view the court room where Billy the Kid was to be tried. (As a fun side note, we got to hold one of our practice trails in that courtroom when I was participating in Mock Trial in high school.) There is also a visitor’s center that includes information on Billy the Kid, Lincoln, the Lincoln County War, and the area.

Look at these faces from 6 years ago standing in front of the torreon in Lincoln, NM.

One of my favorite buildings, and it has been since I was a child, is the torreon. It is a round building with plenty of places to watch from and where the towns people went for safety in the event of an attack. I have always found the building interesting and there are lesson plans on the site for learning more about the building.

Another historical place I would like to share this time around is the Loretto Chapel. This is a fascinating building in old Santa Fe. When Bishop Jean Baptiste Lamy came to the NM territory back in the 1850s, he found a need to educate the girls. Thus the Sisters of Loretto opened a school for girls. After quite a few years, the Sisters were able to start construction of a chapel in 1873. It is Gothic in style and fashioned after a chapel in Paris. The architect, however, died before stairs to the choir loft were completed.

The access was going to be difficult since the loft was so high. To build the staircase would take up too much floorspace or too much of the loft space. So, the Sisters prayed a novena (9 day prayer). One the final day, a carpenter showed up and built a spiral staircase. It is beautiful. But there is something really special about it.

The staircase is considered miraculous. It includes two full spirals yet has no visible means of support. There were no nails used in the construction, only wooden pegs. Additionally, the wood is a rare wood not native to the American SW. When the staircase was completed, the carpenter disappeared without comment or pay. The Sisters were not able to locate him.

This staircase still stands in the beautiful Loretto Chapel. Just a short walk off the main square in Santa Fe, it is definitely worth a visit.

Other L places to consider in New Mexico –
Las Vegas, NM – This is my birthplace and there is a beautiful lake, Storrie Lake, in the area. There is a hotel here that was a Harvey House (La Castaneda) and a historic hotel (The Plaza). There is also a museum dedicated to the Rough Riders, the group that Theodore Roosevelt recruited to do some of the fighting in the Spanish-American War.

The Lodge – A hotel in Cloudcroft, NM. I mentioned this in the C post.

Lotta Burger – A fabulous burger place that is found only in NM, though there are several locations throughout the state. Their green-chile cheeseburger is highly recommended. 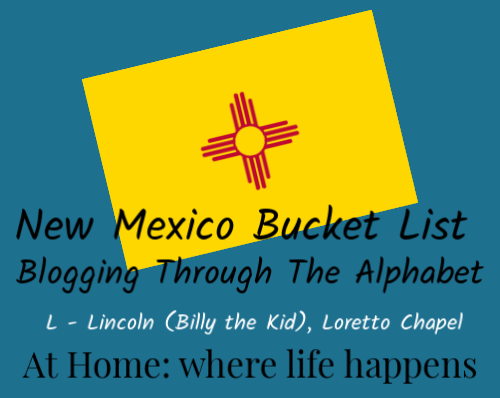 You are invited to the Inlinkz link party!

Each week we will be linking up with the hosts of Blogging Through the Alphabet. Please visit some of these other blogs to get things like book lists, vegan recipes, and wonderful places to visit, just to name the topics I can think of off the top of my head. 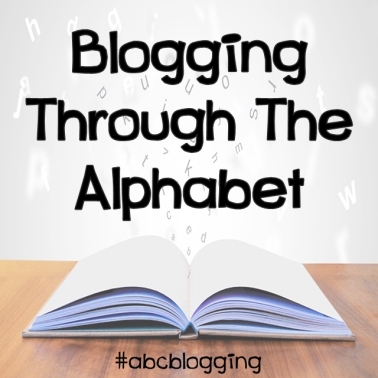 You can also join us and link up your own Blogging Through The Alphabet Post!! Just be sure to follow these simple rules–

* Each post must be family friendly. If it is not, we have the right to remove it.
* When linking up to this post, you give us permission to share your post and/or a photo from your post in future posts and social media shares.
* Place the Blog Button from the site onto the post you are linking up.
* Use the hashtag #abcblogging when promoting your post. This will help us find you and help us promote you as well.
* If you have time, check out a few of the other posts and share the love.
* The most important rule is to make sure you are having fun! This is not something we want you to be stressed out over. We want to see all the fun ideas that everyone comes up with for the letters!